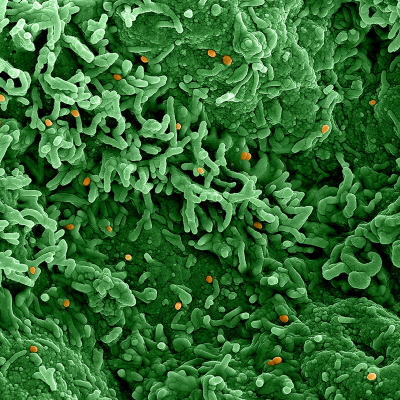 Monkeypox is a viral disease that spreads through close physical contact with an infected person and large respiratory droplets that don’t travel more than a few feet. A recent meme on social media gets the facts wrong about how the virus spreads, its severity and symptoms.

Monkeypox is a rare disease caused by a virus related to smallpox, as we’ve explained before. The disease was discovered in lab monkeys in 1958 and can spread from animals to humans, as well as between humans.

On Aug. 4, the U.S. declared monkeypox a public health emergency as the number of confirmed cases in the country reached 7,102.

Rumors have taken off online since early May, when an outbreak of monkeypox began in countries outside of Central and West Africa, where the disease is endemic. We recently debunked a false claim about its origins.

Now, a meme spreading several false claims about the disease has been circulating online with a BBC logo, although no such image is available on BBC websites or social media accounts.

We’ll address each of the meme’s inaccurate claims below.

Claim: “CDC has now classified this disease as airborne and anybody within 15 ft can catch it”

As we’ve explained before, monkeypox can spread through respiratory droplets, probably because lesions in the mouth infect saliva. But those larger droplets only travel a few feet — far short of the 15 feet claimed in the meme. So this type of infection would require extended face-to-face contact.

The CDC has also noted that scientists are still researching how often the virus is spread by respiratory secretions.

Such spread doesn’t make the virus “airborne.” As the CDC explains: “Airborne transmission occurs when small virus particles become suspended in the air and can stay there for periods of time” or even “spread on air currents.” But monkeypox “may be found in droplets like saliva or respiratory secretions that drop out of the air quickly. Long range (e.g., airborne) transmission of monkeypox has not been reported.”

Claim: “This disease is now classified as a form of herpes”

Put simply, monkeypox is a poxvirus, not a herpesvirus.

Claim: “The illness typically last 2-4 months. If you have symptoms avoid going outside”

Facts: Monkeypox typically lasts between two and four weeks, according to the CDC, not “2-4 months,” as the meme claims.

“In most cases, the symptoms of monkeypox go away on their own within a few weeks,” the World Health Organization has explained. “However, in some people, an infection can lead to medical complications and even death. Newborn babies, children and people with underlying immune deficiencies may be at risk of more serious symptoms and death from monkeypox.”

Claim: “Monkeypox can lead to being paralyzed”

Facts: According to the WHO, the most common symptoms of monkeypox include “fever, headache, muscle aches, back pain, low energy, and swollen lymph nodes.”

Additionally, monkeypox typically causes a rash or lesions that begin flat, then fill with liquid before crusting over and falling off.

The CDC has described a similar set of symptoms.

Neither organization included paralysis in the list of symptoms, and we could find no evidence that paralysis has been a recognized problem associated with monkeypox.

This claim may have come from conflating monkeypox with another viral illness that’s been in the headlines recently — polio. Although polio has been eliminated in the U.S., an unvaccinated person in a suburb of New York City was diagnosed in July. Polio is a viral illness that can cause paralysis.

None of the four claims made in the meme is correct, based on what is currently known about the latest outbreak.

Editor’s note: FactCheck.org is one of several organizations working with Facebook to debunk misinformation shared on social media. Our previous stories can be found here. Facebook has no control over our editorial content.

Centers for Disease Control and Prevention. Monkeypox — How it spreads. Updated 29 Jul 2022.

Centers for Disease Control and Prevention. What is Polio? Reviewed 28 Sep 2021.