As recent fluctuations in the cryptocurrency market have sent the industry’s major companies spiraling into bankruptcy, FTX owner Sam Bankman-Fried has emerged as something of a bailout king. The crypto exchange he runs has been buying up smaller companies, turning the billionaire into a major player in a market that’s undergoing massive change and attracting attention from Washington, D.C.

Despite the market’s troubles, it seems like crypto is here to stay — and legislators will soon have to choose whether to regulate the industry or let it buy their votes. With major crypto PACs backing both parties, a suite of state and federal lawmakers are worth watching with an eye on their crypto ties.

In recent months, Bankman-Fried has made a name for himself as a major liberal funder — both as a public figure and as a driver of Democratic politics. The crypto tycoon has poured hundred of thousands of dollars into the coffers of the Democratic National Committee — becoming its biggest single donor in May — and donated thousands to pro-crypto Democrats like New York’s junior senator, Kirsten Gillibrand. In addition to his personal donations, he’s funneled millions to candidates through his and his brother’s Protect Our Future and Guarding Against Pandemics PACs, which advertise aims of preventing the next pandemic.

But while Bankman-Fried refines his role as an ally and influencer of the Democratic Party, other movers and shakers at FTX are keen to make their name by reaching across the aisle. Earlier this year, FTX executive Ryan Salame started his own PAC, American Dream Federal Action. Funded entirely by four donations from Salame to the tune of $12 million, American Dream is focused solely on electing Republicans. His girlfriend, Michelle Bond, is running to replace fellow Republican Lee Zeldin, who is running for governor, in New York’s 1st Congressional District. Salame’s donated to another super PAC, GMI PAC, that has pushed over $1 million into Crypto Innovation PAC, which has spent at least $115,000 on Bond’s race.

Not all efforts have been successful. Protect Our Future poured $11 million into backing Oregon Democrat Carrick Flynn only to see him lose his primary last May. Despite having $2.4 million in spending behind his candidacy from American Dream, Rep. Rodney Davis, R-Ill., lost to fellow Illinois Republican and Trump-backed Rep. Mary Miller after the two were pitted against each other due to redistricting.

“This is a very wealthy industry that was very happy to be unregulated,” Public Citizen’s Craig Holman told Roll Call last month. “But once the federal government started shifting attention towards regulating the industry, the same as we saw with the big tech industry, they suddenly became big political players on Capitol Hill.”

FTX CEO Sam Bankman-Fried testifies during a hearing before the House Financial Services Committee in Washington, D.C., on Dec. 8, 2021.

There are existing laws regulating crypto — and pending opportunities to change them.

Last month, Sam Bankman-Fried told the Washington Post that he is “really excited” about a new piece of legislation already on the table called the Responsible Financial Innovation Act. The bill, sponsored by Gillibrand, would put the Commodity Futures Trading Commission in charge of regulating crypto. The CFTC currently regulates bitcoin and ethereum futures, but the new bill would put the agency fully in charge of the crypto market — and box out the Securities and Exchange Commission.

“I think that the CFTC makes a lot of sense, though, as the market’s regulator,” Bankman-Fried told the paper. As the young industry flounders, it resorts to a method tested by its predecessors: funding the lawmakers who might regulate it. “They’re really experienced, competent, and efficient and have a deep knowledge of markets and of crypto markets, and you could do a really good job of that.”

“They want no regulation, or they want to help write the regulation. What else is new?”

According to Jeff Hauser, founder and director of the Revolving Door Project, “Much of the activity in the crypto space involves the buying and selling of securities, which has been regulated in the U.S. for nearly 90 years by the SEC.”

As The American Prospect reported in June, FTX’s efforts to control the regulatory sphere around crypto recall tactics deployed by the investment group Blackstone in the late 2000s. After years of primarily donating to the GOP, the financial firm pivoted to a more “both-sides” approach in the onset of the financial crisis, as executive Hamilton James became a major funder for Barack Obama — ensuring that the firm would have its bases covered after the 2008 presidential election. So while Bankman-Fried personally has donated to a number of Democrats on the Senate Agriculture Committee — Dick Durbin of Illinois and Michael Bennet of Colorado and maxing out to Chair Debbie Stabenow of Michigan as well as members Tina Smith of Minnesota and Cory Booker of New Jersey — he has also donated to Boozman, the Republican ranking member.

“They want no regulation, or they want to help write the regulation,” committee member Sen. Sherrod Brown, D-Ohio, told The Associated Press in May. “What else is new?”

Andrew Mayersohn, a committees researcher with OpenSecrets, told me that the uniqueness of the cryptocurrency market means that crypto’s political donations are being directed by a much smaller group of actors than in other financial industries. In banking, one sees “hundreds of CEOs and political action committees making contributions,” Mayersohn said, but crypto contributors are a narrow group, which can lead to a more insular way of thinking about politics for a market handling billions of dollars.

“It is an unusually small number of people to be responsible for the vast majority of an industry’s contributions,” he said.

The cross-ideological donations bridge the gap between Bankman-Fried and Salame, whose American Dream Federal Action PAC supports a wide mix of Republicans, most of whom have been backed by former President Donald Trump. The American Dream candidates mark a noticeable difference from Bankman-Fried’s more centrist, liberal Democratic targets, running further to the extremes. There are two notable exceptions: Johnson voted to impeach Trump; and Boozman, to whom American Dream has given over $1.2 million to date, told constituents on January 5, 2021, that he’d back the Electoral College results. The Agricultural Committee where Boozman sits has oversight over the CFTC.

In a statement to The Intercept, Salame said that his PAC is focused on pushing forward the ideology he’s believed in for years: free markets, liberty, and conservatism. 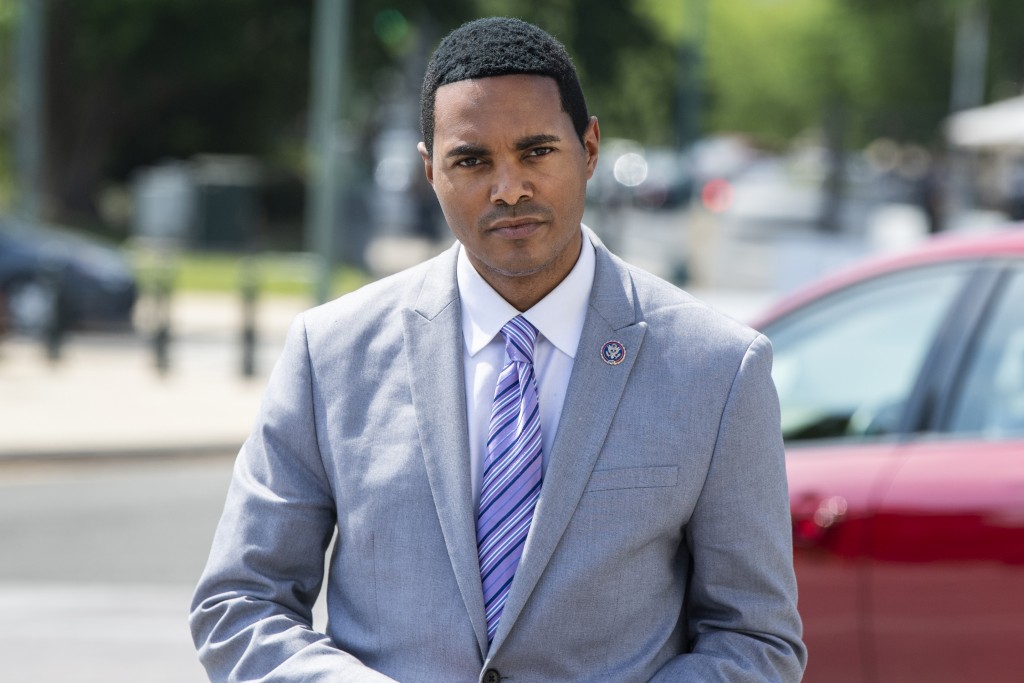 Among the beneficiaries of Bankman-Fried money is Rep. Ritchie Torres, D-N.Y., who was also the recipient of crypto cash at an April fundraiser held by executives at venture capital firm Andreessen Horowitz. In June, Bankman-Fried, along with pollsters Sean McElwee and David Shor, hosted a fundraiser for Torres, who has been a controversial figure in progressive circles for some of his more right-leaning views on Israel and other social issues.

Bankman-Fried spokesperson Mike Levine told me that Torres was a target for the group because he “has pushed for federal funding that would lead to prototype vaccines for multiple families of known viruses with pandemic potential, replenish the Strategic National Stockpile and support the domestic manufacturing of personal protective equipment, enable rapid testing, and encourage the development of therapeutics like antivirals and monoclonal antibodies.” Left unmentioned was Torres’s outspoken support for crypto both on social media and in the pages of the New York Daily News.

“You try to cultivate some allies who are likely to land in Congress and might look favorably upon that proposal regulation when the time comes. … That appears to be what he’s doing.”

Though the vast majority of his dollars go to Democrats and Democratic Party-affiliated groups, Bankman-Fried’s given to Republican Sens. Susan Collins of Maine and Lisa Murkowski of Alaska, “safe” Republicans seen as moderate and reasonable.

“You try to cultivate some allies who are likely to land in Congress and might look favorably upon that proposal regulation when the time comes and develop a relationship,” Faiz Shakir, senior adviser to Sen. Bernie Sanders, I-Vt., said. “That appears to be what he’s doing.”

Revolving Door’s Hauser is highly skeptical — even hostile — toward what he sees as Bankman-Fried’s attempts to control the destiny of the Democratic Party. Faced with a political landscape where big business doesn’t hold the same popular support it did in the early decades of the 21st century, crypto tycoons like Bankman-Fried and Salame are ensuring that they can lock up the more populist politicians emerging from right and left. In Hauser’s view, that means finding out who’s pliable.

The post FTX-Backed PACs Expand the Crypto Lobby in Congress appeared first on The Intercept.