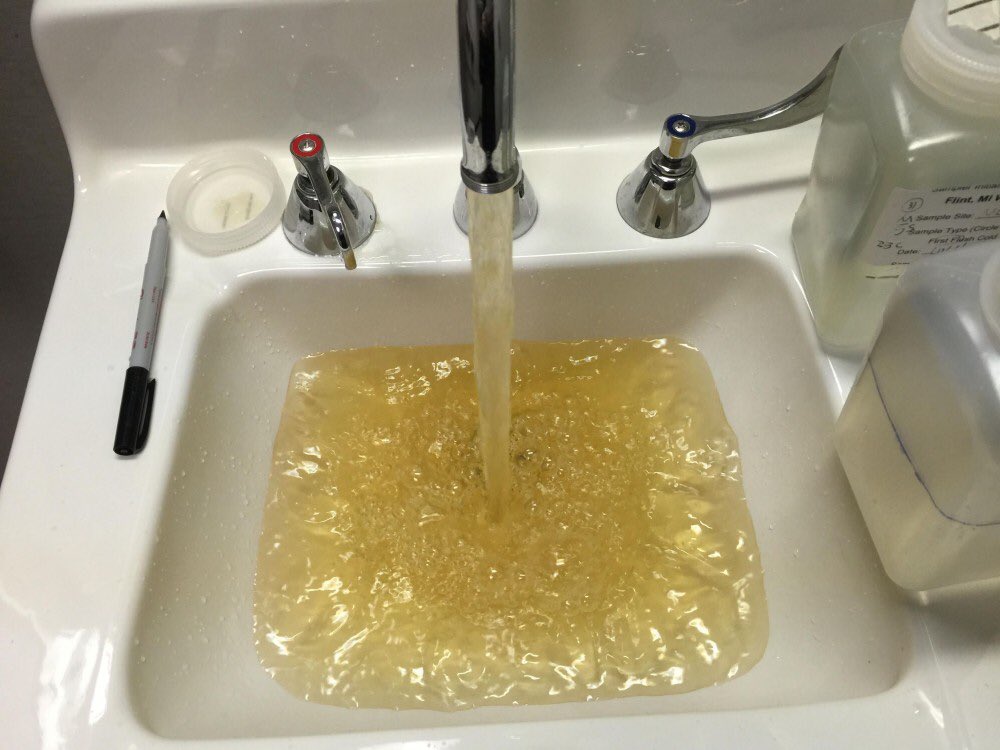 This week on CounterSpin: Michigan’s attorney general has indicted nine state officials, including former Gov. Rick Snyder, the state’s former health director and two of the emergency managers of the city of Flint, for exposing at least 100,000 people to dangerous levels of lead in their drinking water, and for an outbreak of Legionnaires’ disease killed at least 12 people and sickened many more.

In an op-ed for The Hill (1/19/21), Michigan Rep. Dan Kildee called the 2014 decision to switch the source of Flint’s drinking water “one of the greatest environmental injustices in our lifetimes.” Which is true, but “the environment” didn’t do it: It’s often forgotten that Flint was a crisis of democracy—as decision-making had been taken out of the hands of Flint’s elected officials, and given to an “emergency manager” tasked with reining in costs—a  system that seems to be used disproportionately in communities of color, taking decisions out of community hands but leaving them to deal with their fallout.

There’s been a $640 million settlement of class action lawsuits, but Michigan Radio (1/11/21) reports that some civic leaders say the deal presents inappropriate hurdles—young children might not get their settlement if they don’t undergo a specific bone lead test—and some question how money could ever compensate Flint residents for months and months of washing and bathing and cooking with bottled water, to avoid exposing themselves and their families to a neurotoxin, all while officials deflected and denied and belittled concerns.

We talked about Flint on CounterSpin, in its particulars and in terms of how it fits into bigger questions around environmental racism, resource control and local governance. In light of the renewed attention around the story—which has not ended, even as media looked away—we revisit some of those conversations this week.