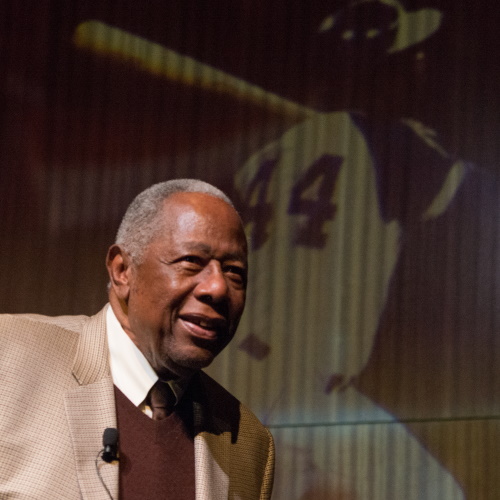 Baseball legend and civil rights activist Henry “Hank” Aaron died from natural causes, according to the medical examiner’s office in Fulton County, Georgia. There’s no evidence that his death was a result of being vaccinated against COVID-19 in early January, as multiple posts and articles shared on social media have suggested.

Henry “Hank” Aaron, 86, “passed away peacefully in his sleep” on Jan. 22, according to a statement from the Atlanta Braves, the team for which he played 21 of his 23 seasons in Major League Baseball. He died more than two weeks after he publicly received his first dose of the Moderna COVID-19 vaccine at a Morehouse Healthcare clinic on Jan. 5.

That sequence of events has led some social media users to suggest there was a direct link between his getting the shot and then dying several days later.

But there is no evidence that is the case.

One person wrote on Facebook: “Our Brother Hank Aaron – RIP – wanted to be an example and an inspiration to Black People by taking the COVID-19 vaccine. Unfortunately, he may have become a clear example to Black People of why this vaccine CANNOT be trusted. … Two weeks after receiving his first Moderna shot, Hank Aaron died in his sleep. No cause of death is given, but you do the math.”

Another Facebook user, who juxtaposed one news article about Aaron getting the vaccine and another about his subsequent death, wrote: “I hope people receive the message that this mans death should send to the rest of us!”

And Robert F. Kennedy Jr., a vaccine skeptic who has promoted COVID-19 misinformation, tweeted that “#HankAaron’s tragic death is part of a wave of suspicious deaths among elderly closely following administration of #COVID #vaccines.” Kennedy’s tweet linked to a post by his organization, the Children’s Health Defense, baselessly suggesting Aaron may have died as a result of the vaccine.

While the exact cause of Aaron’s death has not been determined, health officials do not believe it was related to him being vaccinated.

An official with the Fulton County Medical Examiner’s office, which examined Aaron’s body following his death, told FactCheck.org by phone that he died “due to natural causes.”

In a statement emailed to AFP Fact Check, the county medical examiner, Karen Sullivan, said: “There was no information suggestive of an allergic or anaphylactic reaction to any substance which might be attributable to recent vaccine distribution.”

She added: “In addition, examination of Mr. Aaron’s body did not suggest his death was due to any event other than that associated with his medical history.”

WSB-TV in Atlanta reported that Aaron had a history of prostate issues and hypertension. In addition, he received treatment for osteoarthritis of the knee and used a wheelchair later in life.

The Morehouse School of Medicine, which is affiliated with the Atlanta clinic where Aaron was immunized, also said the vaccine was not a factor in his death.

The historically Black medical school emailed us a statement that said: “Mr. Aaron was a public health advocate and worked with us to help bridge the health equity gap in Atlanta and around the world. His passing was not related to the vaccine, nor did he experience any side effects from the immunization. He passed away peacefully in his sleep.”

Aaron was among more than 20 civil and human rights activists — all over age 75 — who were vaccinated at the new health facility to “promote vaccine acceptance in the Black community,” the medical school said in a Jan. 5 press release.

A December survey by the AP-NORC Center for Public Affairs Research had found that just 23% of Black Americans at the time said they definitely planned to get the coronavirus vaccine when it became available. That was much lower than the 53% of whites and 34% of Hispanics who said the same.

On the day of his vaccination, Aaron told the Associated Press: “I don’t have any qualms about it at all, you know. I feel quite proud of myself for doing something like this. … It’s just a small thing that can help zillions of people in this country.”

Andrew Young, the former congressman, mayor and U.S. ambassador, who also was vaccinated at the clinic the same day as Aaron, told Atlanta’s 11Alive that he was told Aaron “never had any reaction” to the shot prior to his death.

“I talked to the fella who was his driver, and I said, ‘was Hank feeling any discomfort or any problem over the last few days?’ and he said, ‘no, he wanted to keep his schedule,'” the news station quoted Young as saying.

As we have written, the Moderna and Pfizer/BioNTech vaccines both received emergency use authorizations from the Food and Drug Administration after being thoroughly tested for safety and effectiveness in clinical trials with thousands of participants. (For more, please see our SciCheck story, “Q&A on COVID-19 Vaccines.”)

On Jan. 22, the Centers for Disease Control and Prevention reported that after more than 4 million doses of the Moderna vaccine were administered between Dec. 21, 2020, and Jan. 10, 2021, only 10 cases of anaphylaxis, or “a severe, life-threatening allergic reaction,” were found.

“Nine of the 10 anaphylaxis case reports included a patient history of allergies or allergic reactions, including to drugs (six), contrast media (two), and foods (one); five patients had experienced an episode of anaphylaxis in the past, none of which was associated with receipt of a vaccine,” the CDC said.

There have not been any reported anaphylaxis-related deaths.

Neergard, Lauran and Hannah Fingerhut. “AP-NORC poll: Only half in US want shots as vaccine nears.” Associated Press. 9 Dec 2021.

Kennedy Jr., Robert F. (@RobertKennedyJr). “#HankAaron’s tragic death is part of a wave of suspicious deaths among elderly closely following administration of #COVID #vaccines. He received the #Moderna vaccine on Jan. 5 to inspire other Black Americans to get the vaccine. #TheDefender.” Twitter. 22 Jan 2021.