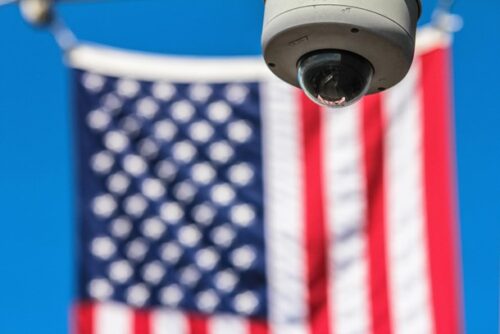 2020 may have been the most tumultuous election year in United States history. With the coronavirus pandemic complicating traditional election processes, we had to rely on alternative voting methods such as mail-in ballots to secure the ability for many to vote. Yet these methods were besieged by doubts encouraged by former President Trump and others in powerful positions.

Among many allegations of voter fraud and interference were the claims that electronic voting platforms were vulnerable to cyber-attacks. These claims warrant a closer look.

What role does cybersecurity play in electoral politics? Is there any truth to digital voting representing a threat to election security? What are the concerns and what are the solutions?

Exploring the connection between electoral politics and cybersecurity can provide these answers and help clarify the status of election security.

When the election recount of 2000 was prompted by questions around paper ballots and hanging chads, legislatures acted to bring the voting process into the new millennia. Ultimately, this created the Help America Vote Act (HAVA) which mandated upgraded voting systems federally. Now, 99% of our voting involves a computerized process.

Unfortunately, however, these processes have been under attack. The Senate Intelligence Committee investigating Russia’s interference in the 2016 election found that attacks were made against election infrastructure and voting systems. Luckily, though, the report turned up no evidence of changed votes or manipulated voting machines.

Even so, the threat prompted a re-evaluation of systems. As a result, election infrastructure assistance was made available to state and local governments to better protect election integrity. Yet there are still issues and concerns for the cyber safety of our election process.

Before a vote even hits the ballot box, there is the threat of voter suppression through manipulation of electronic systems and people throughout the internet. One example of this was the hack job that changed the address of Florida Governor Ron DeSantis in the voter database before he arrived at the polls, forcing him to correct the error before he could vote.

Then, there is the threat to voting systems themselves. All kinds of cyberattacks could exploit vulnerabilities in potentially outdated voting machinery and software, including:

These are threats far from unique to voting systems in the U.S. Wherever a networked device exists, there will be some risk of a bad actor infiltrating and disrupting processes. Vulnerabilities hang over the modernization of our election procedures like a looming shadow.

This is where cybersecurity comes in.

Mr. Trump and a smattering of other voices from the Republican party have claimed that the 2020 election was rigged by cyberattacks like those listed above making a difference in the vote tally. However, not even the top cybersecurity official in the Department of Homeland security found any evidence of voting systems being tampered with at any scale that would make a difference in the election.

These claims, however, have already led to civil unrest and several deaths. With this direct look into the impact of a contested election process, it is paramount that we shore up computerized voting systems to avoid any question of a compromised system. Comprehensive security measures are the only way to protect computerized voting from the kind of fraud for which they’ve already been accused.

Fortunately, there are ways we can streamline security and provide safer options for voters. These methods include:

With the doubt imposed on our election processes, securing computerized voting processes is the least we can do in restoring the integrity of elections. Greater technological innovations make this increasingly possible. In the meantime, lawmakers should come together to provide funding for better and safer voting equipment in every region of the country.

The Future of Electronic Voting

The challenges to election legitimacy that plagued 2020 and will undoubtedly continue into the near future are problems that have to be dealt with for the sake of our democracy. Cybersecurity can play a key role in this.

While many hurdles will have to be cleared before safety innovations emerge in widespread voting practices, the challenges of recent elections demand these innovations take place soon. Better machines, verification measures, and auditing can all play a role. For now, the groundwork must be laid to restore American faith in free and fair election.