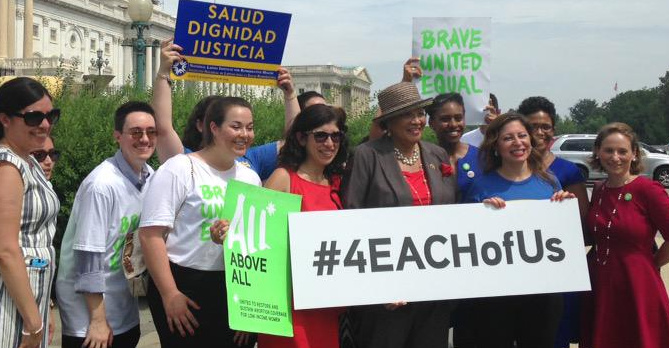 This week on CounterSpin: The same day’s news can include a story noting anti-abortion anger as an element in the “domestic extremism” the FBI is tracking. And one in which Joe Biden’s press secretary answers a question about the policy that denies US funding for foreign groups that perform abortions (or “counsel, refer or advocate” for abortion) by reminding reporters that Biden “attends church regularly.” And an obituary of anti-choice agitator Joseph Shiedler—a “funny,” “self-deprecating” guy, whose harassment of women at clinics the New York Times describes as “finding women who were considering abortions and persuading them not to follow through.”  Amid all that, a book review tosses off a reference to the post–World War II period as a time when ”surprise pregnancies were an obstacle to a better life,” and abortion was “taboo.” We’ll talk about actual realities of present-day abortion with Kimberly Inez McGuire, executive director of the group URGE: Unite for Reproductive & Gender Equity.

Also on the show: After California’s Proposition 22 allowed app-based companies like his to skirt basic labor laws, the head of DoorDash declared the company was “looking ahead and across the country, ready to champion new benefits structures,” and they “look forward to partnering with workers, policymakers, community groups…to make this a reality.”

A glimpse of what that partnering looks like: Albertsons grocery, after months of calling its workers “first responders,” made what execs called a “strategic decision” to fire their unionized deliverers and contract their work out to apps including, well huh, DoorDash. We’ll talk about defending workers in the digital economy with Open Society economic inequality fellow Bama Athreya, who also hosts the podcast The Gig.