This past week, we saw a perfect illustration of financial technology’s power.

To spite “hedge fund bros,” retail investors led a surge in GameStop’s stock price largely through the trading app Robinhood. While progressives relished watching Wall Street’s old guard scramble amid the chaos, fintech firms like Robinhood — apps for lending, investing, and so on — certainly aren’t seeking an end to financial capitalism. Indeed, once Wall Street began shrieking about amateurs beating them at their own absurd game, Robinhood warned against the very market volatility it was facilitating, then shut down trading of GameStop and other memed stocks, leading to at least one class-action lawsuit and Senate and House progressives calling for investigation.

Robinhood itself makes money by selling data on users’ trades to giant Wall Street firms, who then stake their own positions based off what the little guy is up to. The Securities and Exchange Commission also charged Robinhood last month for offering bad trading prices to unsuspecting users, since those trades were routed through firms paying Robinhood. If true, Robinhood’s users were effectively paying a premium on their trades, despite the app marketing itself as “commission free.” This took place between 2015 and late 2018, when Robinhood was growing rapidly, according to the SEC.

You wouldn’t know any of this from Robinhood’s faux-populist marketing about “democratizing finance.” But much like traditional Wall Street and Big Tech firms before it, fintech is building an echo chamber of industry voices and former regulators to ease oversight and permit its predatory practices. These range from, as The Intercept and Type Investigations have previously reported, high-interest lending like Best Egg to legitimately novel efforts (at least, in our lifetimes) to privatize and surveil the basic operations of the monetary system.

Fintech is neither inherently good nor bad; rather, like any technology, its potential impact on society is closely tied to the policy decisions guiding its use — and the next four years could define how much the fintech industry is able to shape the financial system. Left to their own devices, fintech firms could swindle average people through ill-advised day-trading or high-interest loans, usher new systemic risks into the financial system, and develop traceable, privately owned currencies with the potential to replace cash.

Responding to fintech will be a key regulatory challenge for the Biden administration. But it enters this fight with one hand already tied behind their backs. American financial law vastly predates the digital era and is often ill-suited to describing online financial activity. And plenty of fintech firms design themselves to deliberately evade falling under any legal classifications and the regulations that follow them. 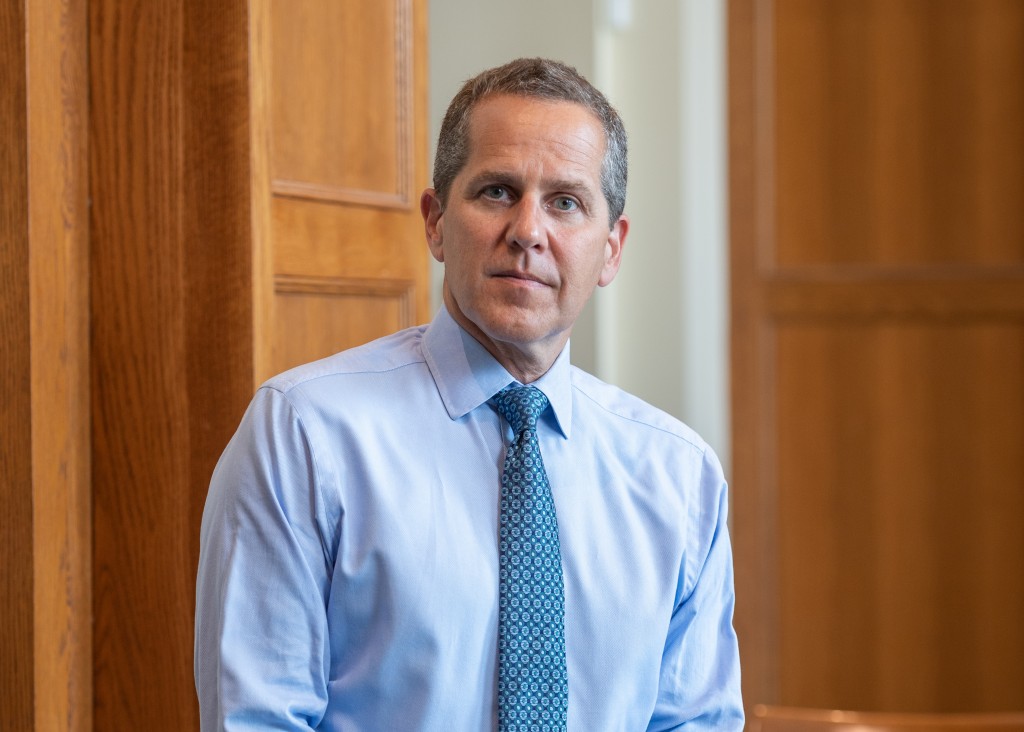 At least three potential Biden nominees have connections to the financial technology industry. Early reporting in January named Michael Barr as Biden’s favorite to be the next comptroller of the currency, a crucial regulator of national banks. Progressive legislators and organizations (including the Revolving Door Project at the Center for Economic and Policy Research, where the authors of this article work) pushed back, citing Barr’s previous bank-friendly record in government and his close ties to fintech. He currently runs a fintech project at the University of Michigan, works separately with the Bill and Melinda Gates Foundation on fintech, and advises a fintech-focused venture capital fund. Barr did not respond to a request for comment.

Barr is also an adviser at the Alliance for Innovative Regulation, a fintech-funded think tank, alongside Georgetown professor Chris Brummer, who has been floated as a potential Commodity Futures Trading Commission chair. AIR’s “manifesto” for digital-age regulation argues that we need to overhaul the system — in the opposite direction, with a digital alternative that leaves as little oversight as possible. AIR’s regulatory manifesto calls for using biometric data in lieu of traditional know your customer requirements, which are the parts of our anti-money laundering regime that require companies to verify that customers are who they say they are when making financial transactions. Brummer did not respond to a request for comment.

Elsewhere, AIR calls to throw out or overhaul practically everything that keeps the regulatory system accountable to the public, such as Freedom of Information Act processes or public comment periods, in favor of surveillance technology.

The Office of the Comptroller of the Currency, or OCC, which is technically part of the Treasury Department but operates with a great deal of independence, would be positioned to grant this major invasion of individual privacy. The industry claims that biometric data will be far more secure (and cheaper to administer) than traditional anti-money laundering tactics. Lost in the glowing industry press releases is public input into whether people are comfortable having their faces, eyes, fingers, and voices recorded by giant financial companies — and whether the data is stored safely or sold to outside actors. There’s also the question of whether biometric data, once assembled, might be linked to a financial firm’s other activities, most especially lending decisions. Without proper regulations, companies would be able to factor your facial and voice data into its decision to lend to you.

At least three potential Biden nominees have connections to the financial technology industry.

Barr also previously advised the fintech firm Ripple, which currently faces a multibillion-dollar lawsuit from the SEC. The SEC is charging that Ripple’s cryptocurrency, XRP, the third-largest worldwide, is an unregistered security that serves no purpose other than to funnel sales to Ripple. (Bitcoin, by comparison, isn’t produced by a single company, so it cannot be treated as a security; there’s no underlying asset that gains value if Bitcoin prices go up.) Ripple’s CEO was also interviewed by Brummer last year as part of “DC Fintech Week,” an annual confab between industry, regulators, and political leaders that Brummer facilitates.

In response to the pushback against Barr, The American Prospect reported that the White House is now considering California regulator Manuel Alvarez for the OCC job. Alvarez is even more directly linked to fintech. From 2014 to 2019, he was the chief legal officer at e-lender Affirm, which offers “buy now, pay later” loans at checkout for retail transactions, as well as short-term loans aimed at consumers without credit cards. According to Consumer Reports, Affirm loans can run as high as 30 percent APR.

Alvarez now leads California’s Department of Financial Protection and Innovation, sometimes called “the mini Consumer Financial Protection Bureau.” But “innovation” refers to an office specifically set up to communicate with and encourage fintech development in California. Alvarez described the department’s goal to Yahoo Finance last week as to “proactively engage with fintech in a non-confrontational manner, but also in a programmatic way so that we can try and … really develop a more holistic picture of innovation in financial services, and then let that inform the rest of the department’s work — let it inform the supervisory work with respect to even existing licensees like our banks and credit unions.”

In an email to The Intercept, a spokesperson for Alvarez said that he does not support the idea of letting industry players dictate the terms of regulation. “The DFPI is proud to be leading the nation in developing a regulatory framework that balances consumer protection and responsible financial innovation through expanded enforcement capabilities, a market monitoring arm, increased consumer outreach, and early engagement with innovators,” Alvarez’s statement read.

Joe Biden’s administration will also have to set itself apart from the Treasury Department under Barack Obama, which actively encouraged private fintech development. Other parts of the federal government built active fintech incubators, like OCC’s Responsible Innovation initiative and the CFPB’s Project Catalyst. Obama’s chief fintech policy adviser was Adrienne Harris, who is now Barr’s close associate at the University of Michigan and an AIR board member. Harris also founded an online insurance company after leaving the Obama administration.

Obama’s OCC comptroller, Thomas Curry (also on the AIR board), introduced a policy initiative called the special purpose bank charter in late 2016. A charter would bring fintech firms under OCC supervision, but grant them the license to operate nationwide as special purpose national banks with their full suite of financial products and no deposit-taking requirements. Such proposals to charter fintechs would limit states’ regulatory powers and empower fintech firms to partner up with national banks, potentially furthering consolidation of financial services into a handful of too-big-to-fail institutions. Both of Donald Trump’s appointments to the OCC attempted to implement Curry’s proposal despite opposition from state banking regulators. Sens. Sherrod Brown and Jeff Merkley opposed Curry’s push and the state of New York sued the OCC in 2020 after Acting Comptroller Brian Brooks reintroduced the fintech charter.

In California, Alvarez has already pushed for other ways for fintech companies to sidestep regulation. A version of the legislation creating the “mini CFPB” that he helped draft, but which was never enacted, called for the state government to specifically encourage fintechs to register in California as industrial loan companies. This somewhat obscure charter would allow fintechs to take consumer deposits without being subject to federal banking regulation at all — a workaround to the OCC’s unwillingness to grant them bank charters. Of course, Alvarez could reverse this if appointed to lead the OCC. Alvarez told S&P Global that his support for the industrial bank charters stemmed from an interest in keeping fintech firms based in California. “We cannot compel interested groups to apply in California,” Alvarez wrote, “but we can certainly provide a glidepath.”

Finally, shadow banking, or lenders that don’t take deposits and aren’t subject to regulatory oversight, are responsible for over 50 percent of the home and personal loan market in the United States. Fintech firms are a major part of this lending boom, representing over a quarter of loan origination in 2015, while offering significantly higher rates than traditional banks and other shadow banking firms. And the lending gets even more dangerous when cryptocurrencies, famously volatile, are the medium of exchange. While still nascent, this development in fintech activity will soon merit firm and appropriate regulatory responses from the CFPB, the SEC, and other relevant actors.

These turf fights over individual aspects of fintech or cryptocurrency are all ultimately proxies for a greater conflict: the “war on cash” and the right to a public, nontraceable currency, including on the internet, said Rohan Grey, a professor at Willamette University College of Law who studies financial technology and the history of money, in an email. “Fintech,” he wrote, is just the newest, brightest, shiniest manifestation of a long struggle over public commerce.

“All the debates over ‘fintech,’ once you get beyond the scams and the hype, are really a debate about the future of money,” said Grey. “The recent rise of ‘fintech’ is just the latest saga in a centuries-old struggle between democratic accountability and unaccountable private power, with the latter hiding behind promises of technological innovation.”

The post Robinhood Is a Perfect Example of Fintech’s Insidious Power appeared first on The Intercept.