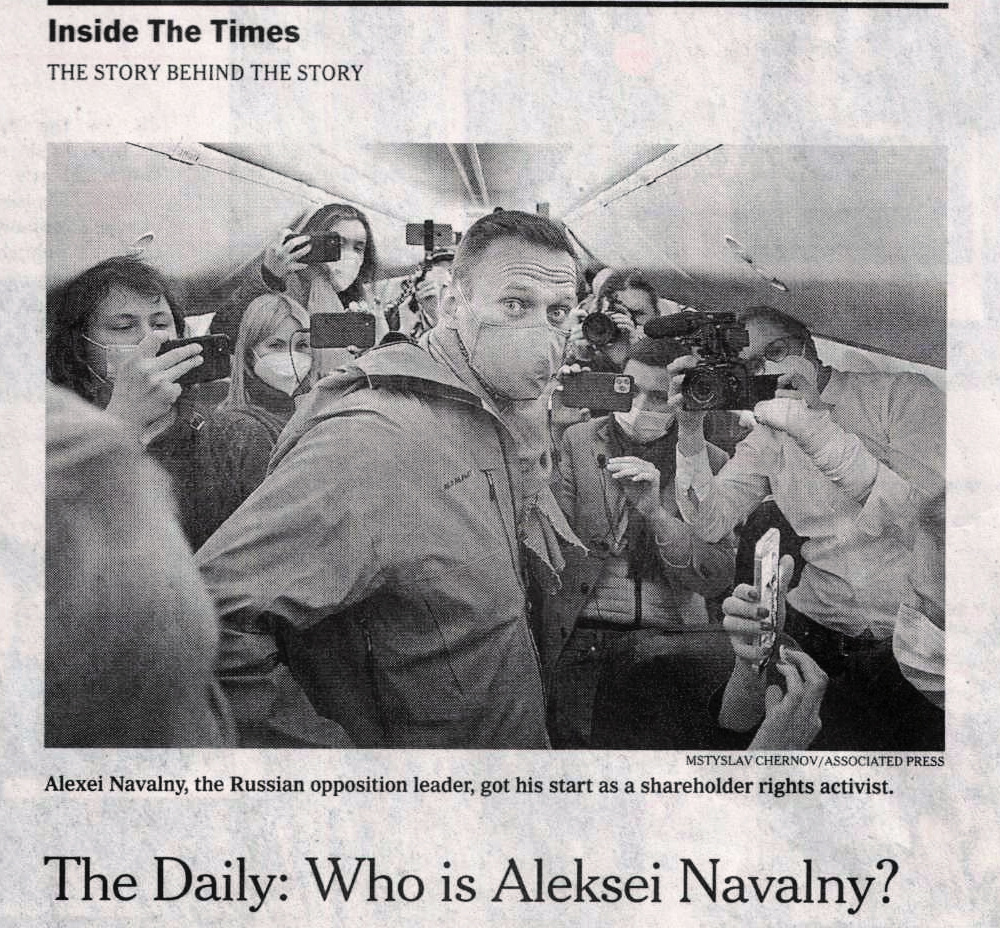 “Who Is Aleksei Navalny?” was the headline over the “Inside the Times” column (New York Times print edition, 2/1/21)–which is a good question, given that the Russian activist has been mentioned more than 300 times in the paper, and has become the undisputed poster child for opposition to Russian President Vladimir Putin.

Lauren Jackson, an editor at a Times podcasting project, wrote:

Most of the New York Times‘ audio team knew the Russian opposition leader Aleksei A. Navalny for his near-death experience—a cinematic story that included a suspected state-sanctioned poisoning, a diverted plane and an airlift to a German hospital. From following the news, we also knew about his dissidence, including criticism of the Kremlin. But we didn’t know who he was beyond these headlines.

So in January, when Mr. Navalny voluntarily returned to Russia, where he was promptly imprisoned, an editor on our team asked: Who is Aleksei Navalny?

Another Times podcaster said, “We were interested in diving into this character to understand how he got to be a powerful figure internationally.” But when they called the paper’s Moscow correspondent, Anton Troianovski, they were told that “the defining moment in Navalny’s life had yet to happen, and that it would happen on Saturday.” Would people turn out for protests against Navalny’s arrest? “The protests on Saturday were going to tell us a lot about how Navalny’s legacy endured,” said one team member, while another asked: “The protests that he called for, would they happen or wouldn’t they? And what would be the repercussions?” 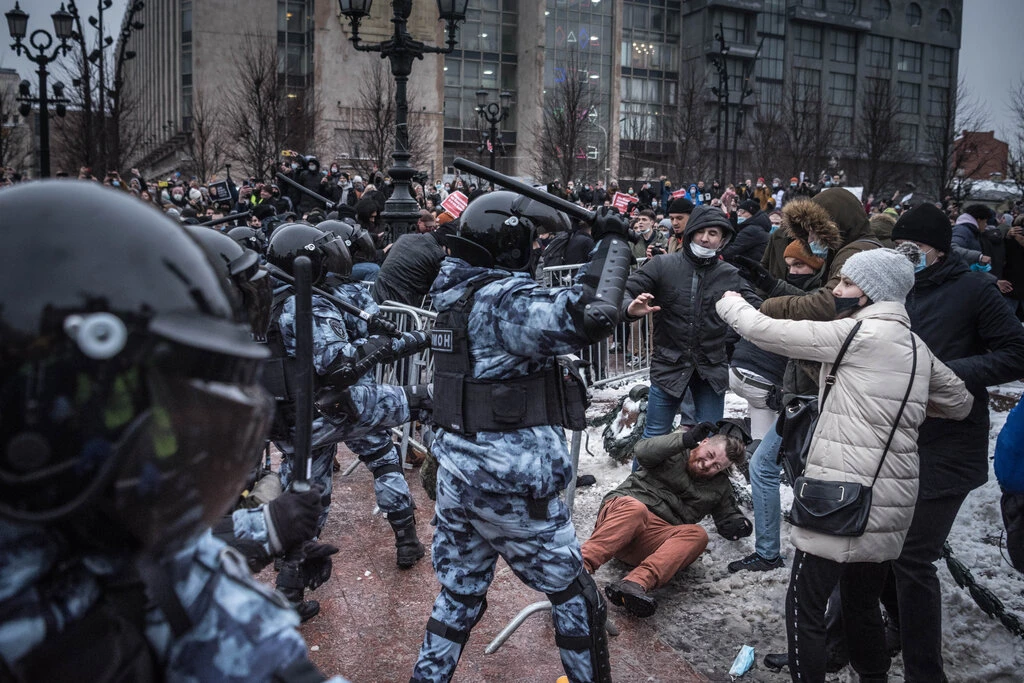 The fact that there were protests against the arrest of Aleksei Navalny (New York Times, 1/29/21) tells us nothing about who Navalny is.

“After recording most of the episode on Friday, we were left with a cliffhanger, not knowing how the episode would end,” Jackson related. Spoiler: They saw large crowds, despite freezing temperatures.

Of course, the fact that there were people who turned out in support of Navalny doesn’t really tell you anything at all about who he actually is. For that, the Times audio team would have been better off going to the Times archives, where they would have found a profile of Navalny from 2011. After telling readers that he has “Nordic good looks, a caustic sense of humor and no political organization,” Troianovski’s predecessor Ellen Barry (12/9/11) related some rather more relevant background:

He has appeared as a speaker alongside neo-Nazis and skinheads, and once starred in a video that compares dark-skinned Caucasus militants to cockroaches. While cockroaches can be killed with a slipper, he says that in the case of humans, “I recommend a pistol.”

It’s not much of a cliffhanger, but the Times turns out to have known who Navalny is for almost 10 years.

ACTION ALERT: You can send a message to the New York Times at letters@nytimes.com (Twitter:@NYTimes). Please remember that respectful communication is the most effective. Feel free to leave a copy of your communication in the comments thread.