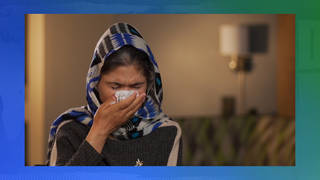 China faces widespread condemnation following a BBC report about the mass rape and sexual torture of Uyghur women and other Muslims detained in the province of Xinjiang. Women who spoke with the BBC described gang rapes, routine sexual torture using electrocution tools, forced sterilizations and men outside the prison camps paying for access to the detainees. China has rejected the report as “wholly without factual basis” and claims its mass detention of Muslim minorities is part of a “vocational training” program to counter extremism. Meanwhile, The Intercept has obtained a massive police surveillance database used by the Chinese government to monitor residents of Xinjiang, confirming China collects millions of text messages, phone contacts and call records — as well as biometric data — from Muslim minorities in Xinjiang. Information collected is used to decide who to detain. We speak with Abduweli Ayup, a Uyghur linguist and poet who was detained for 15 months for running a Uyghur-language kindergarten in Xinjiang. He says he was raped, tortured with electric shocks and subjected to humiliation rituals during his detention. “What’s happening there is inhuman, and the target is the Uyghur, because of their religion and because of their culture,” he says. We also speak with anthropologist Darren Byler, author of two forthcoming books on China’s treatment of Uyghurs and technologies of reeducation.