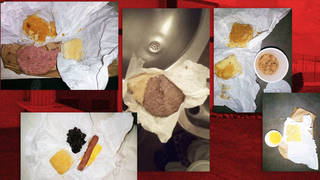 As winter storms overwhelmed Texas, many incarcerated people in the state went days without heat and water, making already grim conditions behind bars even more intolerable for thousands of people. Officials say 33 prisons across the state lost power and 20 had water shortages after the state’s electrical grid failed. Staff shortages compounded the problems, and some incarcerated people report not being provided with blankets to keep warm in their freezing cells and being served inedible food. “Texas prison conditions have gone from bad to dire,” says Marshall Project reporter Keri Blakinger. “Prisons didn’t really have the sort of infrastructure going into all of this that many people do in the free world.”