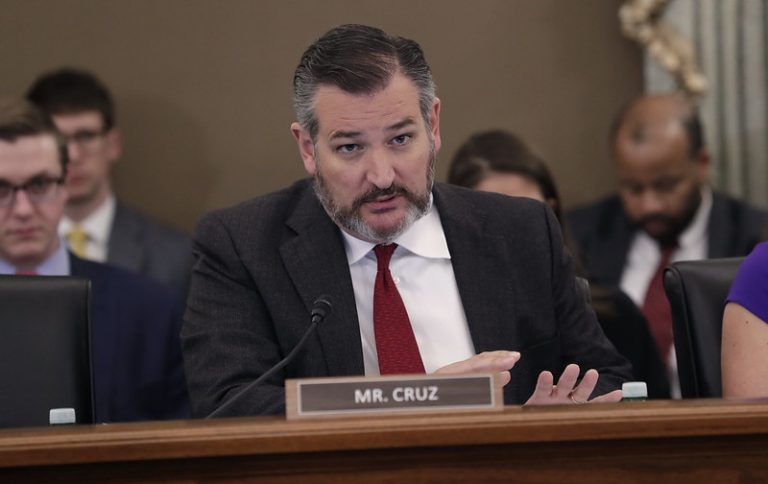 Sen. Ted Cruz says only 9% of the $1.9 trillion American Rescue Plan “focuses on health spending” and that the remaining “91% is a partisan wish list paying off the Democratic special interests that got them elected.”

While arguably 9% of the bill is for COVID-19 health spending — depending on how one defines that term — to call the remaining 91% a “partisan wish list” ignores that Republicans offered an alternative $618 billion rescue bill that included many of the same elements of the Democratic plan, albeit in smaller amounts.

For example, the bill passed by the House Democrats includes $1,400 stimulus checks for individuals earning less than $75,000 and $2,800 to married couples earning less than $150,000. That is estimated to cost about $422 billion, according to the Committee for a Responsible Federal Budget.

The alternative bill put forward by 10 Senate Republicans also proposed stimulus checks, though a smaller amount and to a smaller group of Americans. It proposed $1,000 per person checks for individuals. That would begin to phase out for those making more than $40,000 a year, and would stop at those making $50,000 a year or more. That was estimated by the bill’s authors to cost $220 billion.

Both bills also included extra money for unemployment insurance. The stimulus package passed in December gave jobless Americans an extra $300 per week in unemployment benefits, expiring in mid-March. The rescue plan passed by House Democrats on Feb. 27 would increase the weekly benefit from $300 to $400 through the end of August. That would cost an estimated $163 billion.

The Republican bill would have kept the extra weekly unemployment benefit at $300, but extended it through the end of June, costing the federal government an estimated $130 billion.

“This is not a COVID bill,” Cruz said. “9% of this bill focuses on COVID health spending. 91% is a partisan wish list, paying off the Democratic special interests that got them elected, and it’s cynical.”

The 9% figure has been a popular Republican talking point.

Arguing in a Feb. 24 press conference that the Democratic rescue plan is “too costly” and “too liberal,” House Republican Minority Leader Kevin McCarthy said, “Only 9% goes to COVID.”

“We need our economy to go back to work, back to school, and back to health,” McCarthy said in press conference two days later. “But when you spend 91% on paying off your allies, it doesn’t do that.”

In a press conference on Feb. 23, Senate Republican Leader Mitch McConnell said, “If you look at many of the components of their bill, for example the amount that they spent on public health, only constitutes about 10% of the entire $1.9 trillion.” The following day, he said, “Just about 1% of the money is for vaccines.”

There is also backing for Cruz’s statement that just 9% of the Democrats’ proposal “focuses on COVID health spending.”

In addition to the $17 billion for vaccines, CRFB said another $110 billion would be spent on “COVID containment.” That includes money for testing and tracing, FEMA disaster relief funds and other public health investments.

Marc Goldwein, senior vice president and senior policy director at the CRFB, said there is “probably a generous way to get to” the 9% figure, such as including all of the $122 billion going to Energy and Commerce, plus the $47 billion going to FEMA. That comes to $169 billion, which is roughly 9% of the overall $1.9 trillion bill.

Of course, only including “COVID health spending” as the money going to address COVID-19, as McCarthy put it, or to say that it is “not a COVID bill,” as Cruz put it, is using a narrow definition of the terms. Much of the money is intended to offset the impact of COVID-19 on the economy.

A spokeswoman for Cruz said the 9% figure cited by Cruz is accurate and directed us to a pie chart produced by the Republican staff of the House Committee on the Budget. The Washington Post Fact Checker took issue with some of the elements contained in that graphic, however, such as the claim that 25% of the spending would go to “policies that destroy jobs.”

We would note that 10 mostly moderate Republican senators proposed an alternative, $618 billion COVID-19 relief bill that included some of the same elements as the Democratic bill, though often with smaller dollar amounts. In a letter accompanying the proposal, the senators said they were offering the alternate plan “in the spirit of bipartisanship.”

In addition to the reduced stimulus and unemployment benefit proposals, as mentioned above, the Republican plan also included $20 billion for K-12 schools (far less than the $130 billion in the Democratic plan, but not nothing) and $20 billion for child care block grants (the Democrats’ plan includes $40 billion).

There is, of course, partisan disagreement over large portions of the Democratic plan. Indeed, there is a nearly $1.3 trillion gap between the spending proposals.

For example, the House plan calls for $350 billion in aid to state and local governments. Republicans, many of whom have called the state and local government aid a “blue state bailout,” did not include any such aid in their bill. In fact, all states would get a portion of that aid. Republicans have criticized the allocation formula, which is based on population and unemployment, the latter of which they say will benefit Democratic-controlled states. Nonetheless, as we have written, state tax experts say state and local government revenues are down overall as a result of the pandemic, resulting in the loss of about 1.3 million jobs, and among those that have seen the biggest revenue declines are a mix of red and blue states.

Republicans also have taken issue with other spending in the bill they deem unrelated to COVID-19 relief, including for some transportation projects derided by Republicans as “pork.” (At least two of those projects have been removed from the Democrats’ bill.)

Still, the Republican bill contains many of the same non-health spending-related items in the Democratic bill, though often with substantially less funding. Cruz may not agree with the proposal proffered by 10 of his fellow Republicans in the Senate. But it’s a stretch for Cruz to classify 91% of the Democrats plan as “a partisan wish list” and for McCarthy to say 91% is spent on Democrats “paying off … allies.” At least $600 billion of the Democrats’ plan can rightly be called bipartisan.

Editor’s Note: FactCheck.org does not accept advertising. We rely on grants and individual donations from people like you. Please consider a donation. Credit card donations may be made through our “Donate” page. If you prefer to give by check, send to: FactCheck.org, Annenberg Public Policy Center, 202 S. 36th St., Philadelphia, PA 19104.