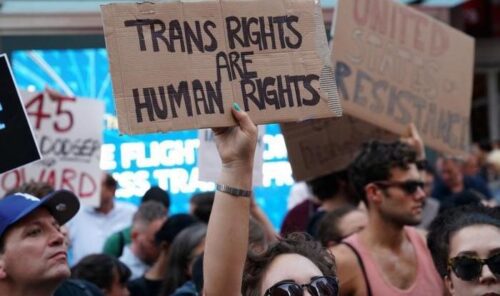 A growing and coordinated attack on the rights of transgender people is taking place through state legislation and sadly it is receiving support from people across the political spectrum. The attack is successful because its proponents are using myths about transgender people to cloak their efforts under a veneer of feminism and concerns about children’s health. In reality, this attack is anti-feminist and threatens the well-being and lives of not only the transgender community, particularly the youth, which is one of the most vulnerable communities in our society, but also of all of us.

It is necessary to understand where this attack is coming from and the facts that dispel these myths so we can all take action to protect the rights of transgender people. The media is largely silent about what is happening. We need to raise awareness and halt these bills. Solidarity is critical to stop the assault and protect us from being divided against each other at a time when we need to struggle together for our People(s)-Centered Human Rights.

This week, I interviewed Chase Strangio, a lawyer with the ACLU who is a national leader in the fight for the rights of transgender people, on Clearing the FOG (available Monday night). We discussed the state bills, the impact they will have if they are made into law and how to stop them. 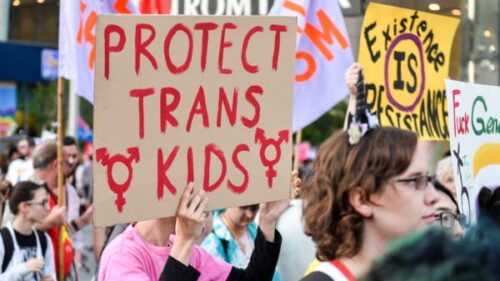 A coordinated attack on transgender rights in the states

The number of states that have introduced bills restricting the rights of transgender people has increased from 20 states in 2020 to 26 states so far in 2021. The bills range from those that prevent transgender people from participating in sports, using gender-appropriate facilities or obtaining identification documents to ones that make providing health care to transgender youth a felony and allow religious discrimination. You will find a list of the states, the bills and their current status here.

One bill that is imminent in Alabama would make it a felony punishable by up to ten years in prison and up to a $15,000 fine for health professionals who provide hormone therapy, hormone blockers or surgery to transgender youth. The bill also requires school staff to inform parents if a student has the “perception that his or her gender is inconsistent with his or her sex.” A version of the bill recently passed in both the Alabama House and the Senate. Sixteen other states have introduced similar legislation.

Both of these measures put transgender youth at a serious risk of lifetime harm or suicide if they are not able to receive appropriate medical therapy during puberty or are outed to parents who may not support them. A study from 2018 finds that suicide, the second leading cause of death in teenagers, and self-harm rates are higher in transgender adolescents than cisgender teens. In the Minnesota study of teens aged 11 to 19, nearly a third of transgender girls and more than half of transgender boys had attempted suicide, two-thirds had suicidal thoughts and more than half had injured themselves. The National Center for Transgender Equality finds that of the 1.6 million homeless youth in the United States, 20 to 40% of them are transgender youth while transgender people are less than 1% of the overall population. They face family rejection, denial of access to spaces in homeless shelters that are consistent with their gender and discrimination when they seek to rent or buy a home.

The bills also run counter to standard medical practice. After more than 100 years of work to provide gender-affirming health care to transgender youth and adults, this area of medicine is well-documented and supported by major institutions such as the American Association of Pediatrics, the American College of Obstetrics and Gynecology, the American Medical Association, the Endocrine Society and the American Psychological Association. At a time when the medical establishment is working to improve care for transgender people in all settings, these state bills would be a huge impediment to that progress.

Another major set of bills currently present in 26 states would prohibit transgender students from participating in school sports on the same teams as their cisgender peers. As the ACLU writes, these bills are less about sports and more about “erasing and excluding trans people from participation in all aspects of public life.” The fight to exclude trans people from restrooms that are consistent with their gender failed, so this is the new tool to attack their rights.

Transgender girls and boys and women and men already compete in sports all over the world and their participation is supported by major institutions such as the Women’s Sports Foundation, the National Coalition for Women and Girls in Education and the National Women’s Law Center. Nearly two dozen organizations signed onto a letter supporting the full inclusion of transgender people in athletics. Depriving transgender youth of the right to participate in sports harms their physical, social and emotional well-being. Transgender youth already face obstacles to being accepted in society and not being allowed into sports worsens that while preventing them from crucial areas of their development such as being part of a team and discovering their physical capabilities.

Creating barriers to participation in sports harms everyone, but especially women who as a group already face discrimination over their gender and attempts to control their bodies. In order to exclude transgender people from sports, all participants will be required to ‘prove’ their gender. As the National Women’s Law Center states, “The law allows anyone, for any reason, to question whether a student athlete is a woman or girl, and then the student has to ‘verify’ her gender by undergoing invasive testing.” They add that by “allowing coaches, administrators, and other athletes to become the arbiters of who ‘looks like’ a girl or a woman,” the  laws “will rely on and perpetuate racist and sexist stereotypes.”

Chase Strangio and Gabriel Arkles dispel four of the common myths about transgender athletes. They point out that the effort to exclude transgender women from sports is being done in a way that “reinforces stereotypes that women are weak and in need of protection. Politicians have used the ‘protection’ trope time and time again, including in 2016 when they tried banning trans people from public restrooms by creating the debunked ‘bathroom predator‘ myth.” These myths are being spread widely, so it is critical that we understand the facts so we can stop them. 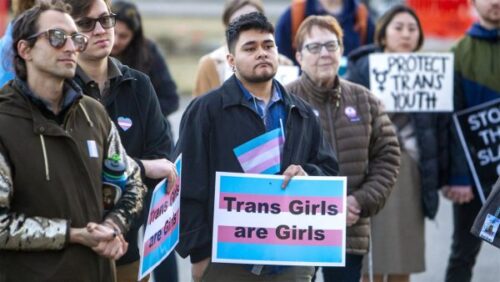 The groups behind the attacks on the rights of transgender people

There are a host of right-wing and conservative groups behind the attacks on transgender people. The major players involved in the state legislative efforts are the Alliance Defending Freedom, the Heritage Foundation and ALEC (the American Legislative Exchange Council). The Alliance Defending Freedom is a conservative Christian group formed in 1994 that does legal advocacy against women’s right to an abortion and for discrimination against lesbian, gay and transgender people. It is a well-funded ($35 million budget) and powerful group that trains “future legislators, judges, prosecutors, attorneys general, and other government lawyers.” It is listed as a hate group by the Southern Poverty Law Center for its support for the criminalization of same sex marriage, sterilization of transgender people and bigoted beliefs.

One way that conservative groups have gained credibility with liberals is by portraying their work as in the interest of women’s rights. They project a zero sum view that somehow advocacy for the rights of transgender women takes away from the long struggle for ciswomen’s rights, as if transgender women and men have not struggled for recognition and for their rights for a long time too. They falsely argue that transgender women spent part of their life as ‘privileged’ males and so they either cannot understand what women have experienced or they are bringing patriarchal views into women’s spaces. This view conflicts with the reality that transgender women experience greater discrimination and violence than cisgender women. They are hardly a privileged group. Similarly, they falsely portray transgender men as ‘victims of patriarchy.’

This bigotry has entered some radical feminist spaces that actively exclude transgender woman and portray them as threats to their safety. Left Voice provides a history of the rise of what is called “Trans-Exclusionary Radical Feminists” or TERFs,” their violence against transgender women and their alliances with the alt-right. Katelyn Burns explains who some of these groups are and their attempts to dominate political space in the United Kingdom. Fortunately there is not much support for them in the United States, but it does exist.

Trans-exclusionary groups use fear as a weapon against transgender women by portraying them as threats to the physical safety of cisgender girls and women without solid evidence to back this claim. The National Resource Center on Domestic Violence finds that around half of transgender and nonbinary people have been sexually assaulted and more than half have experienced domestic partner violence. This is far less than the 18% of cisgender women who are victims of sexual violence. This use of a concocted threat of violence to discriminate against transgender women is similar to that used to justify repression against Muslims, immigrants and Black people. 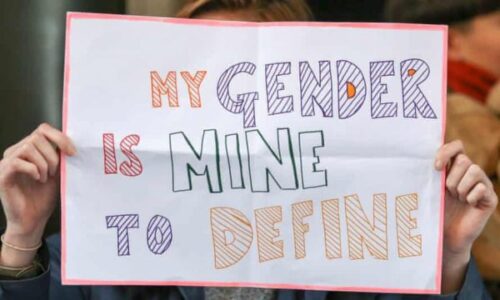 The increasing attacks on the rights of transgender people in the United States needs to be a concern to all of us. We cannot create an inclusive society that supports the healthy development and rights of all people if we remain silent as the most vulnerable among us are targeted with damaging and deadly discrimination. We cannot teach our children tolerance if they see their friends being prohibited from basic childhood activities such as participation in sports. We cannot deny people the right to determine who they are and to live in ways that support them. Transgender people are our neighbors, our friends and our family members.

Chase Strangio describes five specific ways we can take action to end discrimination against transgender people and to affirm them as members of our communities. There is something for everyone to do no matter where you are. We can all strive to point out and correct bigotry where we see it, work to educate people around us and donate to groups doing this work that are led by transgender people. If you live in a state where these bills are introduced, contact your state lawmaker and let them know of your opposition to them. You can also join local groups to advocate for the rights of transgender people.

Let’s stop the attack on transgender people in the United States before it is allowed to escalate further.

The post Attacks On The Rights Of Transgender People Are Rising; Fight Back first appeared on Dissident Voice.