Due to a recent court decision, the Centennial Range, which lies along the Idaho-Montana border to the west of Yellowstone National Park, is that much closer to becoming a “safe zone” for wildlife.

For decades, the U.S. Department of Agriculture operated an experimental sheep research station on the southern slopes of the range. Due to the presence of domestic sheep, predators, particularly coyotes, were regularly killed. However, in recent years, grizzly bears have expanded into the range and several grizzly deaths are suspected of having occurred as well. Sheep grazing also impacts sage grouse populations in the area and the potential for restoration of native bighorn sheep.

Because of these conflicts, conservationists have for years tried to get the Sheep Station closed, starting with the first lawsuit in 2007. In the past week, a federal court agreed to halt the reauthorization and expansion of the sheep grazing in and adjacent to the U.S. Sheep Experimental Station. This decision adds to another recent victory designed to protect the range where the Targhee National Forest decided against a proposal for heli-skiing operation in the range.

Led by Advocates for the West legal team on behalf of Western Watersheds Project, WildEarth Guardians, and Center for Biological Diversity, the suit challenged the Sheep Station’s July 2018 decision to continue grazing domestic sheep. The plaintiffs contend the Sheep Station relied on a flawed environmental analysis (NEPA) that disregarded threats to area wildlife. 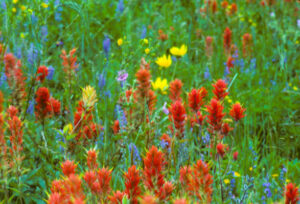 About 100,000 acres of the Centennial Range are roadless and under proposal for wilderness designation. Most of the range on the north slope is part of the BLM’s 28,000-acre Centennial Range Wilderness Study Area. A portion of the range is also a BLM Area of Critical Environmental Concern (ACEC). The southern slope is under the management of the Targhee National Forest. There is also a small sliver of the area around Mount Jefferson, also proposed for wilderness which lies under the jurisdiction of the Beaverhead Deerlodge National Forest. 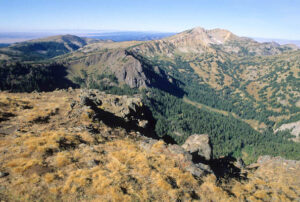 Domestic sheep grazing isn’t the only threat to the Centennial Range’s ecological integrity. Despite these protections, recently, the BLM has done some “forest restoration” and “fuel reductions” on the north slope, while logging on Targhee National Forest lands on the southern slope has also occurred.

The range is characterized by a dramatic abrupt fault scarp on the north side, rising 3000 feet above the Centennial Valley below. Glaciers have carved numerous cirque basins. Meadows are numerous. The Continental Divide Trail traverses the range. 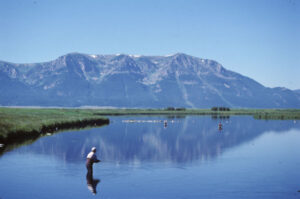 Just below the range to the north is the Centennial Valley and Red Rock Lakes National Wildlife Refuge, set aside to protect trumpeter swans back in the 1930s. Part of the refuge is also designed wilderness under the 1964 Wilderness Act.

Due to its east-west axis, a rarity among western mountain ranges,  the Centennial Range is a natural migration corridor linking the Yellowstone Ecosystem with undeveloped wildlands further west in Central Idaho. Wolves, grizzlies, wolverine, and even bison have utilized this corridor to expand beyond Yellowstone’s boundaries. Back in the 1970s I recall hearing about a bison that was shot on White Pine Ridge in the Tendoy Mountains near Lima, Montana which presumably had wandered from Yellowstone by way of the Centennial Range or Centennial Valley demonstrating the utility of this migration corridor. The range is also summer range for elk, moose, whitetail deer, and mule deer. 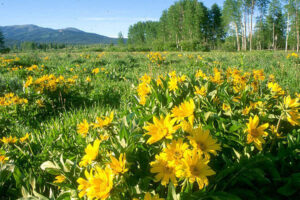 The southern slope of the Centennial Range is on a direct line with storms coming across the Snake River Plain; hence it tends to be lusher and more productive than other mountain ranges in the vicinity.

Historically the Centennial Range was home to bighorn sheep. North America has lost over 90 percent of its bighorn sheep, and most remaining herds are small and vulnerable. In part, this is because bighorn sheep are susceptible to respiratory disease caused by pathogens spread by domestic sheep.

Bighorn sheep herds have been decimated around the West due to disease transmission from domestic sheep. Photo George Wuerthner.

Although there are no bighorn sheep currently in the Centennial Mountains, native bighorn populations exist in the nearby Lionhead Proposed Wilderness near Targhee Pass. Bighorn populations in the South Beaverhead Range and Tendoy Range to the west are also vulnerable to disease transmission. Given that male bighorns often roam miles in search of females during the rut, it is not inconsistent to suggest that disease transmission between wild sheep and the domestic sheep at the Sheep Station could occur.

The presence of domestic sheep not only impacts any existing wild bighorn survival, but it also is a reason public wildlife agency refuses to restore bighorns to their historical habitat. In the 1990s, the Montana Dept of Fish, Wildlife, and Parks floated the idea of transplanting mountain goats to the range. Mountain goats are not native to the Centennials. I wrote a letter opposing the transplant of non-native mountain goats and argued MDFWP should lobby to remove domestic sheep and retore native bighorns (of course, this suggestion got nowhere, but MDFWP did drop the mountain goat transplant idea).

MDFWP wanted to transplant mountain goats instead of bighorn sheep in the range due to the likelihood that any bighorn transplant would fail due to the presence of domestic sheep. Domestic sheep transmit diseases to wild sheep, responsible for the loss of these native animals around the West.

The judge agreed with plaintiffs that the government’s analysis of impacts to bighorn sheep was “[a]t best . . . inconsistent, incomplete, and/or confusing; at worst, it evidences cherry-picked data to support the Sheep Station’s preferred alternative.”

Impacts on sage grouse were not adequately addressed. The Sheep Station claims it will avoid known sage grouse leks, and by moving sheep rapidly through allotments, avoid impacts to nesting grouse. But this ignores the multiple other effects of livestock on sage grouse. For instance, sage grouse chicks are highly dependent on insects and certain “forbs” (flowers) during the first six weeks of their life. Sheep grazing mows down forbs. Sage grouse also regularly collide with fences used to contain livestock and can be a significant source of mortality for adult birds. 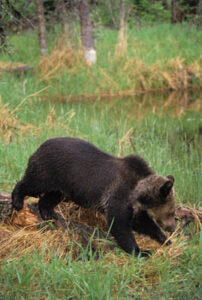 The negative impact on grizzlies is also a concern. Domestic sheep also consume vegetation used by grizzlies, and of course, are likely killed or captured and removed if there are any conflicts between bears and sheep.

As a result of last week’s decision, the Sheep Station is not permitted to graze sheep on the summer pastures in the Centennials. Grazing also will not be allowed on the Forest Service’s Meyers Creek allotment or the Snakey-Kelly allotments, thus limiting any grazing to only the Sheep Station’s Headquarters and the Mud Lake feedlot.

While this decision does not put the final nail in the coffin to the Sheep Experimental Station, it does make reinstitution of domestic sheep grazing in the range less likely. The removal of the Sheep Station use of the Centennial Range will enhance its value as a critical wildlife movement corridor. However, it would also enable the complete restoration of wildlife to the range from grizzlies to bighorn to bison. Future wilderness designation of this area would provide the best protection for the area’s outstanding wildlife values.