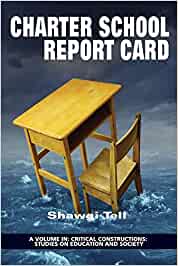 Not a day goes by in which major owners of capital and their political representatives do not promote illusions and disinformation about the obsolete capitalist economic system. The ruling elite and their entourage rejected economic science and embraced irrationalism, incoherence, and dogmatism more than a century ago. They are unable and unwilling to offer any useful analysis of economic realities. Nothing they put forward helps advance public understanding of the economy. The mainstream news, for example, is saturated with endless mind-numbing nonsensical economic headlines. It is no accident that mainstream economics has long been called the dismal science.

The internal core logic and intrinsic operation of capital ensures greater poverty, inequality, and monopoly over time. This is the inherent nature of capital. It is how capital moves and develops. These catastrophes are not the result of external forces, extenuating circumstances, or “bad people” making “bad decisions.” They are not the outcome of ill-conceived policies made by self-serving, immoral, or uninformed people. These worsening problems did not arise because something is wrong with the intentions of some individuals who make antisocial decisions. Such notions are facile.

While individuals have consciousness, autonomy, self-determination, and agency, many phenomena (e.g., laws of economic development) operate objectively outside the will of individuals; they do not depend on the will of individuals. The laws of motion governing economic phenomena can be known, controlled, and directed, but not extinguished; they have to be consciously mastered, harnessed, and directed in a way that meets the needs of all.

Major owners of capital are the personification of capital, the embodiment of capital. This critical theoretical insight helps us avoid the rabbit hole of personal intentions and personal will, and allows us instead to objectively locate greed, insecurity, inequality, poverty, unemployment, endless debt, and other tragedies in the intrinsic built-in nature, logic, and movement of capital itself.

One of these is the inexorable tendency of competition to lead to monopoly under capitalism. Competition means winners and losers. By definition, not everyone can win when competing. Competition means rivalry for supremacy. Thousands compete in the Olympics, for example, but only a select few (“winners”) go home with a gold medal.1 It is no accident that the economy, media, and politics are heavily monopolized by a handful of billionaires while billions of people who actually produce the wealth in society and run society remain marginalized and disempowered.

This brutal reality cannot be reversed or overcome with the utterance of a few platitudes, the passage of some policies, or the creation of some agencies that claim to be able to fix the outdated economic system, especially when all of the above come from billionaires themselves.

On July 9, 2021, President Joe Biden issued an Executive Order on Promoting Competition in the American Economy.

The order is about 7,000 words long and full of anticonscious statements. Disinformation pervades the entire order.

The opening paragraph begins with the following disinformation:

By the authority vested in me as President by the Constitution and the laws of the United States of America, and in order to promote the interests of American workers, businesses, and consumers, it is hereby ordered….

Here, “American workers, businesses, and consumers” are casually misequated and no mention is made of citizens or humans. The implication is that consumerism is normal, healthy, and desirable, and that workers and big business somehow have the same aims, world outlook, and interests. This conceals the fact that owners of capital and workers have antagonistic irreconcilable interests and that people exist as humans and citizens, not just utilitarian consumers and shoppers in a taken-for-granted system based on chaos, anarchy, and violence.

Disinformation is further escalated in the next paragraph:

A fair, open, and competitive marketplace has long been a cornerstone of the American economy, while excessive market concentration threatens basic economic liberties, democratic accountability, and the welfare of workers, farmers, small businesses, startups, and consumers.

“Market concentration” has been the norm for generations. Monopolies, cartels, and oligopolies have been around since the late 1800s. Mergers and acquisitions have been taking place non-stop for decades. The so-called “free market” largely disappeared long ago. Objectively, there can be no fairness in a system rooted in wage-slavery and empire-building. Wage-slavery is the precondition for the tendency of the rich to get richer and the poor poorer. It is not a recipe for prosperity and security for all. This is also why inequality, tyranny, violence, and surveillance have been growing over the years. Moreover, what “threatens basic economic liberties, democratic accountability, and the welfare of workers, farmers, small businesses, startups, and consumers” is the ongoing political and economic exclusion of people from control over the economy and their lives by the financial oligarchy. There can be no liberty, accountability, and welfare when most people are deprived of real decision-making power and major owners of capital make all the decisions. Problems would not constantly worsen if people had control over their lives. The “best allocation of resources” cannot be made when the economy is carved up, fractured, and controlled by competing owners of capital.

Although recurring economic crises for well over a century have repeatedly discredited “free market” ideology, the 7,000-word executive order is saturated with the language of “choice,” “competition,” and “consumers.” This is the same worn-out language used by privatizers of all hues at home and abroad.

Further, while the executive order gives many examples of “economic consolidation” in numerous sectors, the government is not interested in creating a self-reliant vibrant diverse economy that meets the needs of all. It is not committed to reversing “the harmful effects of monopoly and monopsony.” Numerous antitrust laws have not stopped either. Big mergers and acquisitions have been going on for years. Rather, the executive order is an attempt to restructure economic and political arrangements among different factions of the wealthy elite; it reflects a new stage or form of inter-capitalist rivalry for even greater domination of the economy by fewer owners of capital. In other words, moving forward, the economy will remain monopolized by a few monopolies. Wealth is only going to become more concentrated in fewer hands in the years ahead. Mountains of data from hundreds of sources document growing wealth and income inequality every year.

The bulk of the executive order is filled with endless directives, strategies, rules, and suggestions for how to curb “unfair practices” and promote “fairness” and “competition.” But these all ring hollow given concrete realities and past experience.

Today, governments at all levels have been taken over by global private monopoly interests and have become instruments of decisions made on a supranational basis. There is a fine-tuned revolving door between officials from government and the private sector; they have become synonymous for all essential purposes. The same people who run major corporations also serve in high-level government positions where they advance the narrow interests of the private sector and then they leave government and return to their high-level corporate positions. There is a reason why the majority of members of Congress are millionaires. The Executive Branch in the United States, especially the President’s Office, is a major tool for the expression of the will of the most powerful monopolies. This is why billions of dollars are spent every few years to select the President of the country.

A modern economy must be controlled and directed by workers themselves. Only such an economy can provide for the needs of all and avoid endless economic distortions. Uneven economic development, “unfair” arrangements, “market concentration,” monopolies, oligopolies, and recurring crises cannot be avoided so long as those who actually produce the social product have no control over the social product. Workers have first claim to the wealth they produce and have the right to decide how, where, and when that wealth is used. Major owners of capital are historically superfluous and a big block to progress. They are not needed for a healthy vibrant self-reliant economy that meets the needs of all.